The Flop House Wiki
Register
Don't have an account?
Sign In
Advertisement
in: Episodes, Sylvester Stallone, New Orleans,
and 17 more

Episode 133: Bullet to the Head

Edit
watch 01:36
We're Getting Mutants in the MCU - The Loop
Do you like this video?
Play Sound

Episode 133: Bullet to the Head

"More accurately, bullet 'in' the head, and then quickly 'out' of the head.

"Walter Hill has made several great movies in his career. Is Bullet to the Head one of them? Meanwhile, Stuart unveils a new impression in his repertoire, Dan inspires a discussion about the horrors of gorilla sex, and Elliott keeps missing our special celebrity guest."

A hitman is forced to team up with a cop in order to get revenge on the people who killed his partner.

It's a stripped-down action movie which features a magic police phone and quite a few guys getting bullets to the head (but not nearly as many as in Olympus Has Fallen).

New Orleans hitman Jimmy Bobo (Sylvester Stallone) and his partner are hired to kill a dirty cop, which they do. Later, while waiting for their payment in a nightclub, the men are attacked by ruthless mercenary Keegan (played by Khal Drogo). Bobo fights off Keegan (barely), but not before his partner is killed.

Bobo deduces that the shadowy client who ordered the hit on the dirty cop must now be trying to tie up loose ends. In order to track down whoever ultimately ordered the original hit, Bobo is forced to team up with Korean-American cop Taylor Kwon (Sung Kang). This affords Stallone several opportunities to repeat well-worn ethnic jokes about Asians.

Complicating things for Kwon, it turns out that approximately 99% of the police force is part of the massive criminal conspiracy trying to kill both Bobo and now Kwon. However, this situation immensely simplifies things for Bobo, since he is basically free to shoot any and all cops on sight with impunity.

After about a million shootouts and precisely zero scrotums, Keegan kidnaps Bobo's tattoo artist daughter Lisa, which precipitates the final boss battle conducted with hundred-year-old fire axes grabbed out of a display case. 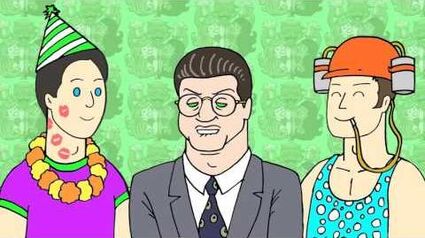 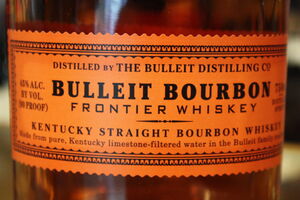 Follow Bullet to the Head with a bulle[i]t to the mouth.
A Bulleit® whiskey, that is!
(Enjoy responsibly.) 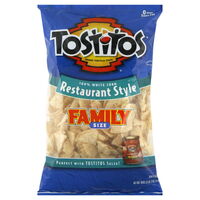 "My master was killed. I'm a letter in feudal Japan. Now I have to get revenge, then seppuku. But first, The Flop House: Can you save me from Bushido?" @46:35

"Think of the Children" from Spencer Lastnamewithheld @46:45

The fair market value of Melanie Griffith's boobs is discussed.

Tales of the Smoking Chihuahua (podcast)

1. No appearance by Gene Tierney in the Elliott Kalan: Starfucker TV series?

2. Who would play the recurring role of Cockblocker on Elliott Kalan: Starfucker?

Community content is available under CC-BY-SA unless otherwise noted.
Advertisement