The Flop House Wiki
Register
Don't have an account?
Sign In
Advertisement
in: Episodes, Mumblecore, Edrick Browne,
and 15 more

Edit
watch 01:36
We're Getting Mutants in the MCU - The Loop
Do you like this video?
Play Sound

The Odd Life of Timothy Green

The Oogieloves in the Big Balloon Adventure

"In this episode, we chart the continued Nicolas Cagification of John Cusack with The Paperboy."

Oscar-nominee Lee Daniels does his best to destroy his post-Precious career with the Southern Gothic slop The Paperboy. Meanwhile, Elliott explores the world of pee-based teen magazines, Stuart debuts a new penis injury, and Dan is history's greatest monster.

A reporter returns to his Florida hometown to investigate a case involving a death row inmate.

In 1969 Florida, reporter Ward Jansen returns to his hometown to write a story about death-row inmate Hillary Van Wetter, who was convicted of murdering a racist lawman. Ward hires his younger brother, Jack, as a driver and, together with his partner, Yardley, gets to work. Though the possibility exists that Van Wetter is innocent, Ward and Yardley unwisely trust a vixen who will do anything to set the convict free.

"In Search of Mysterious Astral Alignments" from Daniel Lastnamewithheld @47:50 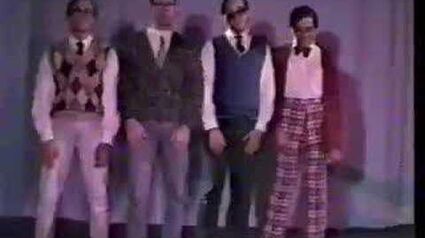 A Personal Note from Dan[]

Community content is available under CC-BY-SA unless otherwise noted.
Advertisement