From the back of the box of the DuckTales video game for the Nintendo Entertainment System:

Bless me bagpipes! When will that thrillseeker, Scrooge McDuck, ever quit? Never one to turn away from adventure, Uncle Scrooge has taken on his greatest challenge — to discover the legendary Five Lost Treasures and become the Richest Duck in the World!

Join Scrooge and the DuckTales gang: gung-ho flying ace, Launchpad; the nephews, Huey, Dewey and Louie; and little Webby, on their search. Together they must trek through the treacherous Amazon Jungle, down into the diamond mines of Africa, annd even to the moon! Are you "Duck" enough to join them on their adventure? Come along to Duckburg Headquarters and see for yourself!

An unfortunate, yet often ignored, part of the DuckTales Universe (DTU) is the racism implied by the series. I will demonstrate that the portrayal of anatid (duck-like) and canine (dog-like) characters in the DTU is indicative of a deep-seated (possibly subconscious) racism on the part of the writers and animators of the series. For the purposes of this entry, the DTU only comprises the animated series, and does not deal with the comics.

Duckburg is populated by two main types of animals. There are anthropomorphic ducks (anatids) such as Scrooge, Launchpad, Huey, Dewey, Donald, and Webigail. They form the majority of the characters seen on the series. There are also a large number of anthropomorphic dogs (canids), such as the Beagle Boys (Bigtime #167-671, Burger #761-176, Bouncer #716 167, &c.), Ma Beagle, and Scrooge's Butler. As can already be seen by this list, the dog characters are either criminals or low-status, servant types.

Dogs are also used when the writers need to imply "otherness" such as the ignorant savages seen in ep. 107 "Sphinx for the memories" or the violent jungle dwellers in ep. 153 "Jungle Duck." Anatid characters are also seen as low-status characters, but portrayed in a more noble light. An example of this is seen in the tribe of hut-dwelling ducks in ep. 158 "The Status Seekers." In this episode the noble savage ducks are shown to have concerns greater than money, and teach everyone a valuable lesson.

These few examples should show that canids are used when the writers need a character for the audience to find strange or "other," while ducks are always used as the norm. Of course, I don't think the writers have set out to create a racist caricature in the DTU, but that they have been influenced by the racism intrinsic in the real world.

Chicken-like characters represent the process of cultural assimilation. While these characters are not ducks, they look enough like ducks to "fit in" with the mainstream of duck society. Chickens in DuckTales are often in prestigious or academic roles (e.g., Gyro Gearloose.)

Racism in DuckTales is briefly mentioned in Episode 156: 3 Days to Kill, during a mailbag segment asking about Flintheart Glomgold's accent. @49:20 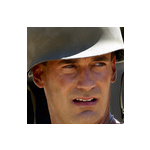 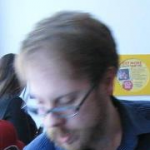